Livingroom honoured on the national stage at The Negotiator Awards

Livingroom Estate Agents is proud to have picked up three awards at the national Negotiator Awards on Friday night (29 November).

Our Jersey office was named best new agency of the year for the whole of the UK at the prestigious awards and we also won a silver award for our bespoke websites and were highly commended in the ‘estate agency of the year (2-4 branches)’ category.

The Negotiator is the premier UK trade publication for the estate agency industry and has been running for 33 years. Its awards were first held in 2008 and 2019 saw a record number of entries.

Our expansion to Jersey, where we opened our office in October 2018, was judged by a panel of industry professionals to be the best new agency in the UK in the last year. The expansion made us the first pan-Channel Island estate agent.

A team of four from Livingroom collected the awards at a ceremony held at the Grosvenor Hotel, Park Lane London, on Friday 29 November where 900 industry professionals were in attendance. The awards were presented by comedian and TV presenter Tom Allen. 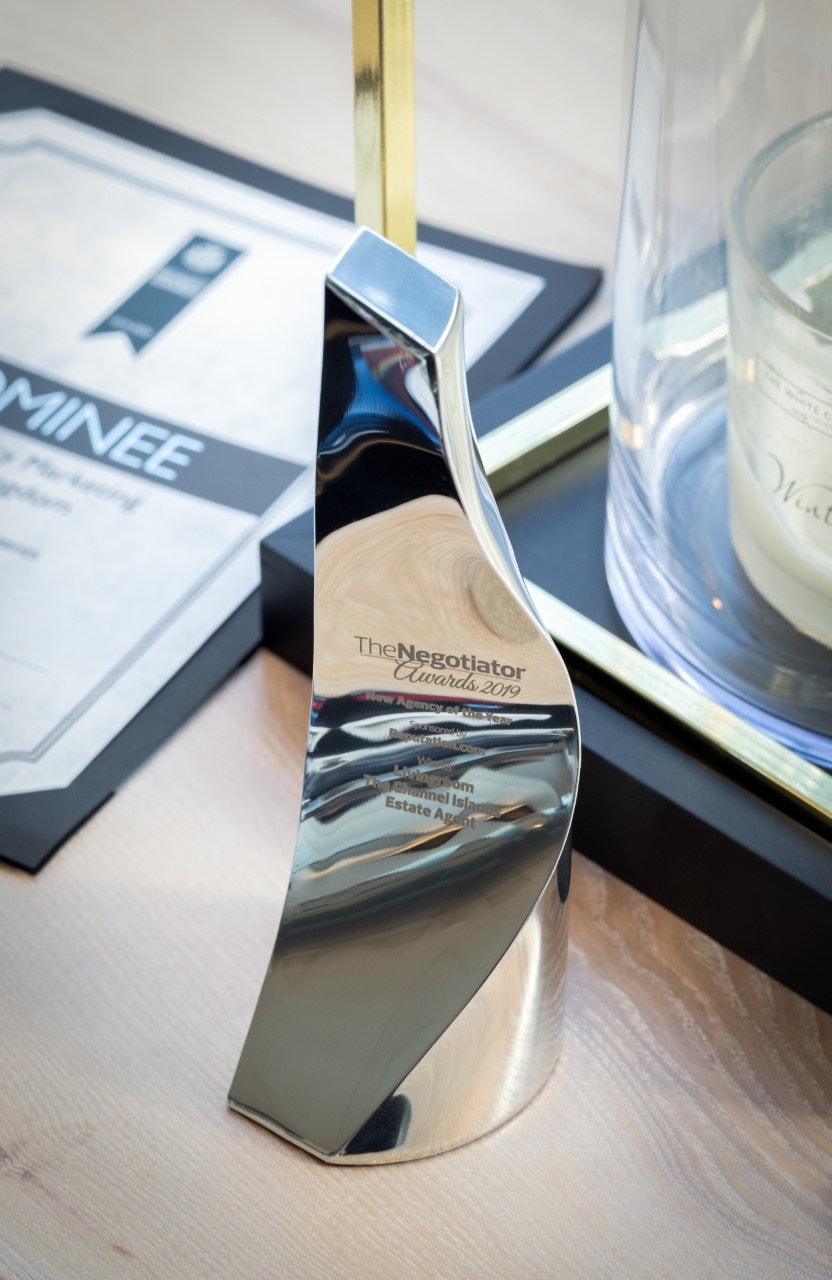 Simon Torode, Founder, CEO, Livingroom, said: “To be judged as the best new agency throughout the whole of the UK is absolutely phenomenal and a testament to the impact Livingroom has had since we launched in Jersey. The team has worked hard to establish Livingroom in the island and to have that recognised on a national level is hugely gratifying while putting Jersey on the national property map.

top websites in the country – which is a fantastic accolade. I’m so proud of the team and would like to take this opportunity thank them for their advocacy to the brand.”

Estate and letting agents can enter the awards free of charge and is open to all agents throughout the British Isles, Scotland, Ireland and Wales. There were 34 categories in total and any size agency can enter and compete with hundreds of agencies on a national level. There are categories for the smallest agencies to the largest, sales and lettings as well as individuals and departments.

Highlighting the wonderful work of The HUB

The Livingroom guide to renting property in Guernsey